Home » Blog » What Is Ethereum? 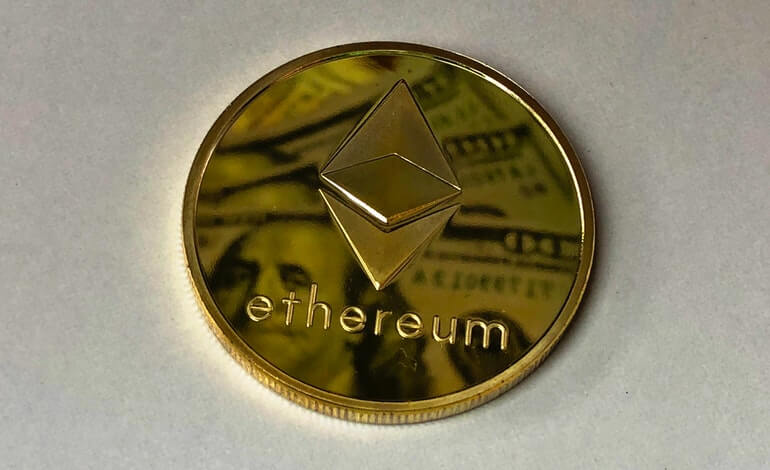 It’s no longer news that cryptocurrencies have gained immense popularity over the past few years as the world undeniably evolves into a digital marketplace. Words like Bitcoin, Litecoin, Binance Coin, and the like are now commonplace in every peer group. And Ether – another popular cryptocurrency, also known as Ethereum – has not been left out.

“What is Ethereum?” you might wonder. In this article, we will not only answer that question, but we will also tell you how it works and how to use it.

Before we dive into what Ethereum is, let us first start from the basics – understanding cryptocurrency.

Cryptocurrencies, or crypto, for short, are digital currencies that are used as a medium of exchange. Cryptography is used to record and verify cryptocurrency transactions through a decentralized system, as opposed to a regulated, centralized authority.

Ethereum is a global open-source platform that utilizes blockchain technology to create and run digital applications that enable users to trade goods and services without interference by a third party.

Ethereum was proposed by Vitalik Buterin in 2013, a 19-year-old Canadian-Russian programmer who worked as a writer for the Bitcoin Magazine.

His Ethereum pitch got him the renowned Thiel Fellowship and a cash prize of $100,000. Afterward, Ethereum was crowdfunded in 2014 by Vitalik and major contributors who keyed into the idea: Gavin Wood, Charles Hoskinson, Jeffrey Wilcke, Anthony Di Iorio, Joseph Lubin, Mihai Alisie, and Amir Chetrit. The platform was officially launched on July 30, 2015.

Ethereum’s blockchain technology also enables developers to build Decentralised applications (dapps) and smart contracts to ensure that user transactions are safe from third-party interference. This means that no one can take down or tamper with the applications developed on the platform. It also gives you total control over your online data and finances. The platform adopted Bitcoin’s blockchain technology and aims to replace intermediaries on the internet by decentralizing data and surrendering control to the users with the use of smart contracts.

We began our guide by explaining how Ethereum employs the blockchain to let developers build dapps and create smart contracts that ensure their users’ financial safety. In this section, we will shed further light on how this happens.

Basically, a blockchain is a digital ledger that contains an endless list of transaction records that are decentralized and distributed across several networks of computer systems run by different volunteers all over the globe. This makes it almost impossible to tweak, hack, or cheat the system. Once a transaction is recorded in the blockchain, it’s there forever.

This means Ethereum technology lets you create financial contracts and carry out “trustless” transactions with no external record keeper or trust officer.

These are the major components that make up the platform:

ETH is shorthand for Ether, the official cryptocurrency used on the Ethereum platform. Ether is the world’s second-largest cryptocurrency by market capitalization. Most people confuse Ethereum (the platform) with Ether (the digital currency) and use the terms interchangeably, but it is essential to note the difference between the two words.

The Ethereum platform rewards programmers (volunteers) with Ether for continuously running applications and contributing resources to keep the Ethereum network healthy. Developers also utilize Ether to create or launch smart contracts, and it also serves as compensation for every block added to the blockchain on the Ethereum platform.

For you to execute smart contracts or run applications on the platform, you need to have Ether, too – it acts as the fuel that powers the system.

What’s more, you can trade Ether amongst peers or use it as a payment medium for a job well done. For instance, if John hires Jane to write copy for him for an agreed amount of 1 ETH, they both draw up a smart contract that says that Jane will be paid the price of 1 ETH after she has successfully written the copy. If Jane doesn’t write the copy, she won’t be paid the agreed amount.

What Is an Ethereum Wallet?

In simple terms, this is where you store Ethereum coins, a.k.a. Ether. However, Ether doesn’t exist in any tangible form. In practice, your wallet allows you to interact with the blockchain storing all your transaction history and enables you to perform transactions.

Ethereum.org describes a wallet as an application for interacting with your Ethereum account, just like an internet banking app. You can check your balance, enact transactions, and connect to other apps. Every wallet has an address (key) connecting it to Ethereum, meaning that you can use it to receive funds from other people. This address is usually randomly generated from a series of case-sensitive alphanumeric codes.

Your wallet can either be hot, cold, full-node, or not. You should know what each type does before deciding on one.

Hot and cold wallets can be installed on your mobile or desktop devices, so you can readily access your funds. The only exception is the full-node wallet, which needs more storage capacity than a mobile phone can accommodate.

A Guide On How To Use Ethereum

We can use the Ethereum platform for mining and trading Ether, developing decentralized apps, or creating smart contracts for financial services. We will discuss all these in-depth below.

In simple terms, mining is the process of creating more Ether to run the system, and it’s one of the activities carried out on the Ethereum platform. This is done by developers or IT experts around the world, who compete with each other to solve problems on the platform to add more blocks to the Ethereum blockchain. The constant addition of blocks to the blockchain makes it possible for the decentralized applications to function, which keeps the platform running effectively.

Mining requires a certain level of technical knowledge and specialized machinery, which is why miners are rewarded with Ether for every block they add to the blockchain. To get blockchain for their effort, miners need to provide “proof-of-work,” as the nodes need to verify the work before they get rewarded. Mining is expensive, as it consumes a lot of computer power and electricity; hence the need to upgrade to a newly proposed method called the proof-of-stake, which should be cheaper and less taxing electricity-wise.

A proper understanding of the Ethereum platform and how it runs is vital before you decide to trade on it. Trading Ether among peers is another use for Ethereum and represents another way to earn.

To buy or sell their Ether coins on the platform, individuals need to create an account and fund it with fiat currency. Then, they can either buy Ether when the prices drop or sell when they rise. To support Ether trading, you first have to have some in your account, and you need to pay close attention to the Ethereum price charts before buying or selling to reduce the risk of loss.

Another way to earn on the platform is the “Buy and Hold” method, which is a form of trading. Here, traders closely monitor Ether’s price and convert their fiat currency to Ether when the value is very low and then keep it until the value goes up before converting Ether back to fiat currency. This method is ideal for long-term investment in the Ethereum network. However, because of how volatile cryptocurrencies are, Ether should only make up a small percentage of your overall investment portfolio. After all, its value cannot be guaranteed.

As mentioned, Ethereum developers can create decentralized apps (dapps) on the blockchain. Ethereum has a fundraising initiative called the “initial coin offering” (ICO), which developers can use to sell their product idea to secure the funds to build it. The goal is to make these dapps easier to create. Some examples of dapps created on Ethereum include Golem, EtherTweet, Etheroll, Augur, Provenance, Uport, Weifund, etc.

Besides dapps, Ethereum can also be used to create decentralized autonomous organizations (DAO), which are organizations entirely run by code on the Ethereum blockchain. The code is designed to stand in lieu of an actual organization’s rules and structures, and a DAO operates entirely independent of any human interference.

One of the primary goals of Ethereum is to carry out financial transactions in a secure environment, without the need for third parties. The platform offers the opportunity to pay for services by drawing up smart contracts based on direct agreement, ensured by the Ethereum Virtual Machine.

This system offers small amounts of Ether when you complete simple online tasks. It’s a simple way to earn without mining or creating dapps, funded by the primary beneficiaries of the tasks you perform.

What Is Ethereum Worth?

The value of most cryptocurrencies is volatile. However, Ether’s value has shown more stability over the years compared to its peers.

According to the same source, the Ethereum market cap was pegged at $198.9 billion on the same date.

What Is Ethereum Classic (ETC)?

Ethereum Classic is a more secure, updated version of the initial Ethereum platform. It was created in 2016, after a malicious attack on one of Ethereum’s DAOs led to the loss of $50 million.

In the aftermath, Ethereum was divided by votes from the community members. To recover the stolen money, the developers would need to rewrite a part of the original blockchain by executing a “hard fork” that would prevent such activities from reoccurring. Some members voted against this because they felt it violated the primary principle behind the creation of the Ethereum blockchain. This put the founders in a tight spot, as they were torn between retrieving the funds to reassure users that the platform was safe and going against Ethereum’s original principles by rewriting a part of the blockchain.

Ultimately, the impasse led to the split of the platform into Ethereum Classic and Ethereum.

Ethereum Classic has the update, while Ethereum remains the same as the initial blockchain created. The platforms are identical and perform the same functions; the only difference is the part of the blockchain where the hard fork was executed. Also, Ethereum Classic is backed by gold reserves guaranteed by the Australian government.

This article would be incomplete without comparing Ethereum with the largest cryptocurrency platform in the world – Bitcoin. Although both platforms run on similar blockchain technology, it is important to note that they have diverging goals and aspects. Below is a brief comparison of both software.

Q.What is Ethereum, and how does it work?

As discussed earlier, Ethereum is a decentralized open-source platform that utilizes blockchain technology to create and run digital applications that enable users to trade goods and services without third-party interference.

Q.What is Ethereum being used for?

Ethereum enables developers to build decentralized applications (dapps) and smart contracts to ensure that user transactions are secure, while the digital currency, Ether, is used as a medium of exchange. Ethereum also serves as a source of Ether for miners and enables Ether trading.

Yes, it is, thanks to the blockchain system of distribution. Every node in the blockchain has a copy of the digital ledger containing the history of all transactions ever executed.