Home » Blog » What Is Blockchain? 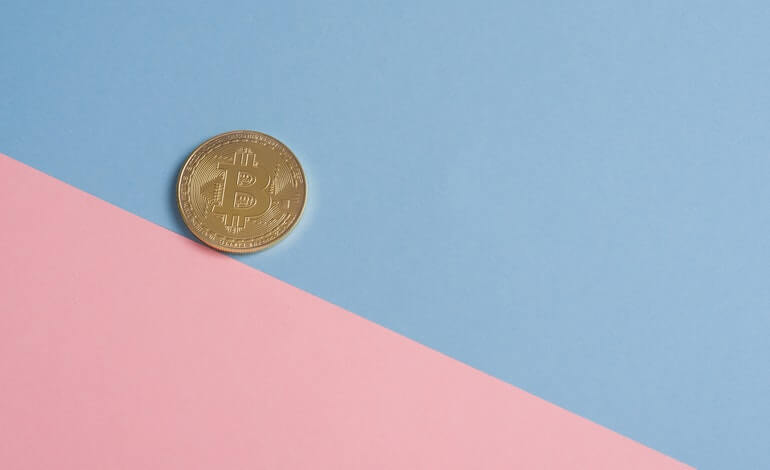 You might have heard expressions like blockchain or decentralized finances get thrown around when people start talking about Bitcoin and other cryptocurrencies. Perhaps, in moments like that, you’ve wondered – “What is blockchain? What’s all the fuss about?”

Here, we’ll explain in layman’s terms how this concept revolutionized financial technology, how it can be applied in other areas besides finances, and, of course – how it all works.

Simply put, a blockchain is a database. However, the main advantages of the blockchain database structure lie in its differences from traditional SQL databases.

Standard databases structure information in a table form. You could compare them to spreadsheets, except there is one essential difference: While spreadsheets are commonly used to store information required by a limited number of users, databases store extensive amounts of data for many users. This information is usually stored on a centralized server, and users can manipulate, edit, filter, and access it simultaneously.

A blockchain, by definition, is structured differently. The data is gathered in blocks. When one block reaches a specified capacity, a new one is formed and linked (“chained”) to the previous one. Because of the chain structure, manipulation of the data within the blockchain is virtually impossible. Unlike SQL databases, a blockchain doesn’t have a single authority that can change the recorded information.

Blockchain as a concept was developed in 1991 by Stuart Haber and W. Scott Storenetta to timestamp documents digitally. The idea was to prevent document tampering. Satoshi Nakamoto, the mysterious person or group of people who created Bitcoin, implemented the blockchain technology in their research paper about Bitcoin (now commonly referred to as “Satoshi’s whitepaper”) to verify and maintain a digital ledger of transactions.

How Does Blockchain Work?

Apart from the data stored in it, each block records its hash value and the previous block’s hash value. These hashes represent a link between different blocks in the chain. In the case of Bitcoin, the data is transactions made on the network.

What Is a Hash Value?

A hash value is another term often mentioned alongside blockchain. It’s the value you get when the encryption algorithm processes the data. Depending on the algorithm, the output value will have a set length, and block entries will be hashed/encrypted. If any value changed within the block, the hash would be completely different.

Bitcoin uses blockchain technology to maintain a public ledger of all transactions made on the network. This way of storing data in blocks is also known as distributed ledger technology (DLT).

Maintaining a public ledger means that every transaction made with Bitcoin has been recorded since its launch in 2009. It allows for significant levels of transparency and accountability.

Having a decentralized network means that no government entity is in charge of it. Instead, the users who participate in the verification of transactions maintain the network.

How does the Bitcoin network ensure that every blockchain transaction is legitimate? That is accomplished by Bitcoin mining – a process that involves performing complex calculations that validate Bitcoin transactions. It requires a lot of computing power, and the people who do it – called miners – get rewarded for it with newly minted bitcoins. Bitcoin uses a peer-to-peer (P2P) verification system, making it impossible for anyone to change the data from the previous blocks since this data is not stored in one place. Rather, it’s on hundreds, or even thousands of nodes.

What is a node in blockchain? Basically, it’s a computer in the Bitcoin network that holds records of previous transactions. Many nodes contain the entire blockchain – currently, that’s approximately 317 GB of data. These are known as full nodes. Thus, the network quickly detects any manipulated blocks, and the data from the node with incorrect information is not implemented in the main chain.

This method prevents double-spending – using the same Bitcoin for multiple purchases. Anyone wanting to spend their Bitcoin twice could accomplish this if it weren’t for a network of miners who verify transactions and a public ledger to record them.

Blockchain technology made the first digital money possible. However, there are other potential applications for the blockchain structure since it can store more than transaction data.

Before we go any further, it’s worth mentioning that any information can be encrypted. For example, both the letter “A” and Shakespear’s complete works could be hashed to a single 256-bit hash if you use Bitcoin’s Sha-256 encryption. It leaves plenty of room for any kind of data to be encrypted and stored on the blockchain and opens up numerous possibilities for application.

We’ve already seen how beneficial the blockchain network is for financial technology. Bitcoin has proved that you don’t have to have a single trusted third party to verify money exchange between two accounts. Not having to depend on the bank’s working hours is another positive side of doing transactions through the blockchain network. While bank transfers can only take place during working hours, Bitcoin’s network, for example, is operational 24/7.

The Bitcoin blockchain is not the only blockchain. Anyone familiar with cryptocurrencies has heard of Ethereum. Apart from transaction data, Ethereum can store additional information on its blockchain. To have this purpose of the Ethereum blockchain explained, we first need to mention something called “smart contracts.”

A smart contract is an executable program on Ethereum’s blockchain. Like any other code, it consists of functions and data values. Users can interact with the program. For example, anyone could deploy a program on Ethereum’s blockchain that would work like Kickstarter for crowdfunding. Backers can then support the project, and if it reaches its financial goal, the project receives the funds from the contract. If the finances fall short, the program returns the funds to the backers.

Due to the open nature of Ethereum, anyone can make use of smart contracts. Even blockchain games could be deployed on the network. The only prerequisite is to have enough Ether (ETH) to launch your program.

Voter fraud is a topic that’s been getting a lot of media coverage recently. With blockchain technology, authorities could eliminate it: Voting would become transparent, the results instant, and costs minimal since blockchain would significantly reduce the personnel requirements.

How does uploading your property records without having to go through multiple government offices sounds? By investing in blockchain records infrastructure, any government could make the process of tracking property ownership and updating it more straightforward and eliminate human error.

Medical records, too, could be stored on the blockchain. They could be encrypted so only authorized personnel like your personal physician could access them when you are ill, go for a checkup, or have a physical. Accessing the information could be done using your private key, essentially the same method used to access your Bitcoin wallet.

The Future of Blockchain

What is blockchain technology, and can it change the world? For people who aren’t that interested in the technical side of the matter, the most important thing to remember is that blockchain technology makes data private, verifiable, and permanent. Thanks to that, it can be used for many purposes other than creating cryptocurrencies, such as helping those without access to bank accounts enter the global economy and prosper. According to the World Bank, there are 1.7 billion adults without access to financial structures. Bitcoin, along with Blockchain technology, could remedy that and have a significant impact on eliminating poverty.

Q.What is blockchain, and how does it work?

Blockchains can be described as public and transparent ledgers to which only new information can be appended, and changing previous entries isn’t possible. This ensures that the system is trustworthy and fair, and, in the case of Bitcoin, that each transaction is recorded correctly.

This is achieved by a peer-to-peer network of financially motivated users who verify all transactions. They consistently update the ledger, making fraud impossible.

Q.What is the point of blockchain?

Most often, blockchain is explained as a public ledger of all transactions made across the network. However, this is not the only point of this technology since it can be potentially used for purposes other than transferring funds: recording votes, managing healthcare and property records, insurance, and many others that are possible thanks to smart contracts.

Basically, blockchains are databases, so they can’t be called either good or bad. The purpose of the Bitcoin blockchain is to maintain trust between two parties without a mediator like a bank or a lawyer. Instead, a neutral network handles transactions for a much lower cost.

Blockchain is a kind of database. The information is stored in blocks of data. The other part of the term – “chain” – comes from the fact that each block has a reference to the previous one (it’s linked, like in a chain) and a referential value that the next block will use. Data within the blockchain cannot be changed, only added.

In the case of Bitcoin, it’s a digital record of all transactions made with this cryptocurrency. However, the applications of the blockchain database structure are potentially much broader.