Home » Blog » What Is Bitcoin Mining?

What Is Bitcoin Mining? 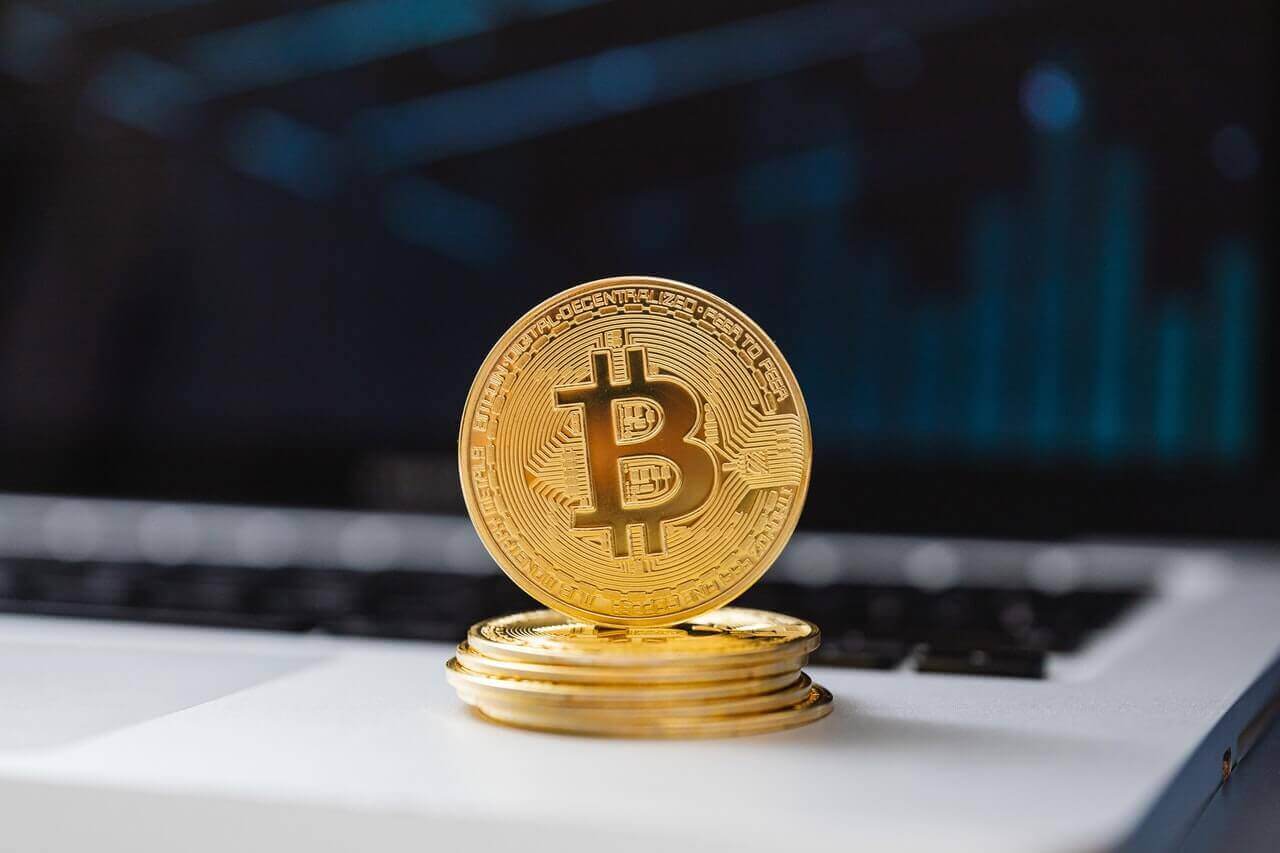 Mining is an ancient profession that has seen drastic changes. And certain precious things, such as Satoshi Nakamoto’s Bitcoin, require a very different mining technology than what we’re used to. What is Bitcoin mining? And are there any similarities to actual mining?

The very first thought that comes to mind when you hear the words “Bitcoin mining” probably has to do with pickaxes, shovels, carts, and dank caves. You’re not very far off with that definition, really.

Bitcoin mining is a process performed by tech-savvy crypto-enthusiasts known as miners, who employ their computing power to solve mathematical problems. But here’s the thing: These aren’t just complex mathematical problems; they are complicated enough to be unsolvable by hand and demanding enough for even some of the strongest computers in the world.

The result of mining Bitcoin comes in two forms. In the first instance, when the computers finally solve the mathematical problems on the network, a new bitcoin is mined or produced (this is where the similarities to gold mining come from). In the second instance, through solving mathematical problems, the miners ensure that the network is safe and secure by confirming and verifying the transactions that have taken place.

When digital currency is exchanged between two parties, we call that a transaction. Regular transactions with paper money are recorded by banks, POS systems, and physical receipts. Miners do the same with Bitcoin by taking various Bitcoin transactions and then lumping them together in what is called a block. Blocks in the Bitcoin network are then connected to the blockchain, an online decentralized ledger or record of transactions. Maintenance of those block records is carried out by nodes.

New blocks are added to ensure the accuracy of transactions and to make sure there is no double-spending, which is the duplication of Bitcoin. One can counterfeit paper money, but when that money is spent, it’s transferred from one party to another. With digital currencies, reproducing digital information is relatively easy, so there is the risk that a party can copy their Bitcoin and send it to others while still holding on to the original.

All mining activity starts with the blockchain. As mentioned earlier, it is a type of ledger used to record transactions in the network. We’ve also explained that a block is a group or lump of approved transactions. Several blocks are joined together to form a chain, and that is where the term “blockchain” comes from.

In the network, there are numerous miners, all working to discover new blocks and add them to the blockchain. They do this by solving computational math problems. Because these math problems are very complex, they require substantial electrical and computational power.

The sheer number of miners means they all compete to discover blocks. However, just as with regular mines, in the Bitcoin mine, only the miners who solve the problems get to add new blocks to the chain, along with every transaction in the block. Of course, there is a compensational fee for all of this activity, and as of November 2020, every block discovered earns a miner about 6.25 BTC. This is why it is sometimes referred to as coin mining.

This brings us to another important part of the Bitcoin mining industry. The reward rate for mining is cut in half after every 210,000 blocks have been discovered, which happens approximately every four years. This process, referred to as halving, is a measure set up to ensure that new bitcoins are introduced into the network without inflation. In the process of mining for Bitcoin, halving is enforced by an algorithm, so the rate of new supply mixing with the existing supply is predictable and unalterable. There can never be an oversaturation of Bitcoin in the market because the quantity of the coins is monitored.

This halving system will continue until around 2140. When we get to that point, miners’ rewards will come from fees from the processing of transactions paid by network users. With these transaction fees, miners receive the incentive to continue mining and keep the network running. So, even after halving is over, the fees can keep mining competition going.

When Bitcoin mining was a new thing in 2009, it was a hobby that really paid well, offering miners the chance to earn 50 BTC every ten minutes from the comfort of their homes. If you had been able to mine one block back then and held it since, as of the last quarter of 2020, you would have about $450,000 worth of Bitcoin. All you really needed back then was a computer that could handle all that mining stress, a stable internet connection, and cheap electricity. Now? Bitcoin has gone industrial, and it would be impossible to keep up with such high-powered competition.

How Do Miners Calculate Their Earnings?

Ever heard of Bitcoin’s mining power consumption? If you haven’t, you should know that this process consumes a lot of energy, approximately 121.36 TWh of electricity per year. To put those numbers into perspective: That’s more than the consumption of Argentina, the Netherlands, or the United Arab Emirates.

So, to calculate how profitable mining is, you need to deduct the costs of mining and mining hardware from your revenue. It’s hardly likely the average Joe is financially capable of fulfilling these requirements and mining enough Bitcoin to make the whole enterprise profitable, so buying the coins and holding onto them till they appreciate in value is a more efficient way to make a profit.

Can You Still Mine Bitcoin?

The mining process started in 2009, and with the third halving already occurring on May 11, 2020, you might wonder if it’s still possible to get on to the mining train. As we’ve pointed out, it’s a challenging process but it’s still doable. Here’s what you’ll need to mine Bitcoin and make a profit from it.

The electricity price varies from country to country. Some countries charge low for industrial electricity to boost economic growth. In some, the exact opposite is true: Industrial electricity is far costlier than electricity for the general public. In essence, since large amounts of electricity are vital to how much activity you can put in when you mine for Bitcoins, you need to have electricity bills that don’t run your earnings into the ground.

Just like with traditional mining, the types of tools you use are essential to the mining process. Bitcoin mining requires high-powered equipment such as the Antminer S19, Antminer S19 Pro, Whatsminer m30s+, Whatsminer m30s++, and AvalonMiner 1246. They range in prices from $2,550 to $10,000. When choosing one of these devices, you have to be sure the electricity bills they rack up are worth the money earned from mining.

In addition to hardware, you’ll also need Bitcoin miner software. There’s a large list of software to choose from, for example Kryptex, BeMine, ECOS, Computta, Hashing24, or Cudo Miner. Of course, you need to make sure the software is compatible with your device. The perfect ASICs (Application Specific Integrated Circuits) and software leave you fully equipped for mining.

A mining pool is a type of miners’ community, where various miners come together to combine their resources to boost the chances of finding new blocks. It’s important that every miner is part of a mining pool. Mining pools make Bitcoin mining more possible, meaning profitability is more reliable and consistent. SlushPool and F2Pool are the two oldest pools, with F2Pool being the largest, supporting around 20% of the entire Bitcoin network.

How do you sell the Bitcoin you eventually mine? That’s an important yet often overlooked question. Most times, the fees are determined by the exchange you decide to sell on. Generally, professional miners have more leverage over fees charged than small-scale sellers.

Bitcoin has become more industrialized, meaning the scales tip toward industrial mining outfits and shutting the DIY miners out. Most individual miners might never earn back what they spend on setting up to mine. We advise that you calculate profitability using a Bitcoin mining calculator. A calculator helps you determine just how much profit you can make from mining by considering all relevant expenses, such as electricity, fees, and hardware.

Q.What is a Bitcoin miner, and how does it work?

A bitcoin miner is someone who contributes computing power to running the Bitcoin network by recording and verifying Bitcoin transactions. Miners get rewarded with new units of Bitcoin. The word can sometimes also refer to the hardware used for mining.

Q.What does a Bitcoin miner actually do?

A bitcoin miner confirms and verifies Bitcoin transactions, and records them into blocks on the blockchain. By doing this, they help run the Bitcoin network.

Q.How long does it take to mine 1 bitcoin?

To answer this, we’d need to go over how Bitcoin mining works. Each time there is a transaction on the network, it needs to be confirmed so it doesn’t get reversed. Each confirmation comes after 10 minutes for every transaction. That’s the same time it would take to mine 1 BTC. Despite the fact that it’s competitive, no matter the number of miners, it would still take those 10 minutes to mine 1 BTC. Sometimes though, this could be delayed to as much as one hour or even a day. It depends on factors like the type of equipment used, the competition, and computing power.

Q.Is mining Bitcoin worth it?

It can be, but you would need vast amounts of cheap electricity, mining hardware, and software. Buying Bitcoin is much easier.