Home » Blog » How To Mine Bitcoin

How To Mine Bitcoin 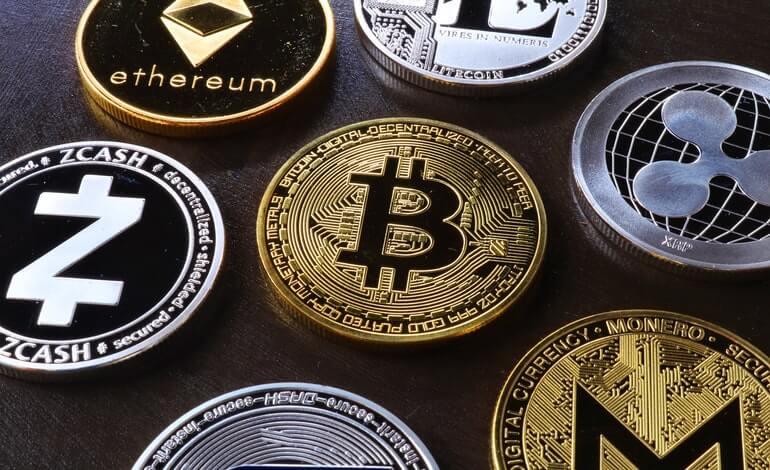 The last decade has been a roller coaster for Bitcoin users: Huge ups and terrible downs, and, at the time of writing this article, an all-time high, as BTC reached $61,510 in value. You probably know by now that Bitcoin is mined, but if you’re worried you’re going to need a mining pick – don’t be. Just check out our guide on how to mine Bitcoin! It will help you understand the craze and join in on the action. Let’s go.

What Is Bitcoin Mining and Where To Dig?

Simply put, Bitcoin mining means verifying Bitcoin transactions and adding them to the public ledger known as the blockchain. This public ledger contains a record of all transactions ever made with Bitcoin, and it’s available for anyone to see. This level of transparency ensures network-wide fairness, and mining is a part of maintaining this security. It’s accomplished using a Bitcoin mining machine: Hardware specifically designed for this purpose that verifies transactions and prevents what’s called double-spending.

Double-spending means spending the same Bitcoin more than once, effectively by copying the original. It’s somewhat similar to counterfeiting fiat currencies but occurs in a digital space. Miners stop this from happening through verification and are, in turn, rewarded in Bitcoin by the network.

What Hardware Is Used To Mine Bitcoin?

At the dawn of its era, users could mine Bitcoin with basic computer hardware, even laptops, and desktop computers. Unfortunately, Bitcoin mining hardware nowadays is worlds apart from what it was back in 2009. BTC can no longer be profitably mined with CPUs and GPUs anymore; instead, you have to use specialized hardware.

ASIC stands for “application-specific integrated circuit.” It’s a chip designed to solve one problem only – verifying Bitcoin transactions. An ASIC miner is a machine with one or many of these chips that are usually tied to mining one currency. Simply put, this machine can quickly analyze the data and make more attempts at guessing the correct value eligible for the mining reward. Among ASIC miners, those with the SHA-256 encryption algorithm take the title of the best Bitcoin miner.

There is an alternative way of mining where you rent the “hash rate” of a machine from hardware owners for cash.

If you don’t understand what exactly you would be renting, the hash rate is the unit of measurement for the processing power of mining hardware, expressed as hash per second. For example, if you use hardware with an upper hash rate of 12 Gh/s, that means it’s capable of processing twelve billion calculations per second.

Renting out hardware and cloud mining Bitcoin (as this practice is also known) may sound attractive, but it can quickly become complicated due to the volatility of BTC value and the ever-increasing difficulty of mining. However, it does have its perks: You don’t have to purchase or maintain the hardware, and you are guaranteed a specific hash rate for your investment. Just check if you would be better off just buying Bitcoin directly from an online exchange first.

After starting your mining adventure and getting your hands on some Bitcoin, you’ll need to store it somewhere. The essential next step is to get a Bitcoin wallet for your Bitcoin mining setup. From your wallet, you can send and receive Bitcoin, as well as store it safely.

Each Bitcoin wallet has a public key and a private key. The public key serves as an address or a bank account number. The private key, as its name suggests, maintains the privacy of your wallet. You’ll use it to access your wallet and the funds deposited in it.

The Bitcoin public key looks like a random string of numbers and letters, for example: “6BvBwSECstWetqTFn6Az0m4DRg7xJaNVN5.” That’s the address you would share with someone to receive Bitcoin.

Now that we know how to mine Bitcoin and how it’s stored, let’s see what types of Bitcoin wallets are in use:

A Bitcoin software wallet, also known as a hot wallet, is an application designed to store your BTC while interacting with the blockchain to record the transactions you make.

The so-called Paper wallet is a method of storing your Bitcoin on the blockchain, with your private key recorded, you guessed it, on a piece of paper. The key is saved as a QR code or a random string of letters and numbers. These were pretty popular in the early days of Bitcoin; however, less flammable or easily misplaced solutions for storing profits from your Bitcoin mine are more popular nowadays.

Hardware wallets, or cold wallets, are the most secure type of Bitcoin storage. They store your private key in a secured microcontroller, and no one can extract the key’s usable form from there. Unlike software wallets, their hardware architecture makes them impervious to viruses. Some hardware wallets support multiple currencies so that you can store Bitcoin, Ether, Litecoin, Monero, Zcash, and many others in the same place. The most widely used hardware wallets are Ledger and Trezor.

Mining Altcoins and Getting Paid in BTC

We mentioned previously that you couldn’t mine profitably without a Bitcoin ASIC miner. However, there is a way of using your computer’s hardware to do precisely that, albeit indirectly. If you are a gamer and have a decent computer battle station, you could start mining BTC today by mining something else.

The NiceHash Miner is a piece of software with several different mining software algorithms on its platform. Depending on your settings, it either mines the most profitable cryptocurrency or one of your choosing. The most common way to use NiceHash is to employ your graphics card for Ether cryptocurrency mining, but you can also mine other currencies.

NiceHash serves as a mediator between users interested in renting your hash power in exchange for direct payment in BTC. NiceHash works on a commission model and keeps a certain percentage of the Bitcoin for its services.

Whether you mine with a GPU or a CPU, you will be paid in BTC to your wallet address. If you managed to get your hands on the latest generation graphics card, this is a great way to get a return on your investment.

The short answer would be, “it depends.” As we’ve established, there are substantial hardware differences between ASICs and home computers. Extensive mining operations consume a considerable amount of electricity: Global estimates say that Bitcoin mining uses as much power as the entire population of the Czech Republic.

Don’t let this dissuade you, though. Consider the carbon footprint made by the millions of people working in the banking sector, along with the agencies and government institutions that regulate them. From that perspective, crypto mining is a drop in the ocean.

Bitcoin-mining profitability will depend on your power expenditure and the hash rate. There are multiple online mining calculators to help you calculate how much you would earn per day, week, month, and year. The data necessary to calculate your profitability concerns:

Most ASIC devices and GPUs have their maximum wattage (W) disclosed on the manufacturers’ websites, and you can reliably use it for this calculation. The cost of electricity is always expressed as kW per hour (kWh), and your local power company will have it listed on their official page. Your Bitcoin farm will produce a specific hash rate, expressed in hash per second (h/s) with a prefix like Mega (Mh/s), Giga (Gh/s), or Tera (Th/s). With this information, you can use an online profitability calculator like whattomine.com and see what to expect from your mining setup.

A network’s increased “hashing” power increases the difficulty of mining to prevent inflation due to the rising interest in mining and hashing capabilities. If you’re wondering how mining Bitcoin works and how miners are rewarded for their efforts, we’re happy to say that it’s quite simple. Each time a miner finds a new block, they get a designated reward. On average, a new block is added, and a new reward is given, every ten minutes. The reward per block found in 2012 was 50 BTC. After every 210,000 blocks, this reward halved to account for inflation. As a result, this reward is currently at 6.25 BTC per block, and it’s expected to drop to 3.125 BTC in 2024.

Small mining operations can form a Bitcoin mining pool. By combining your Bitcoin mining rig with other miners’ computing power, you increase the chances that your pool will verify a new block and receive a reward. When your pool “digs out” a new block, the reward is split according to the hash rate of each miner. Depending on what pool you joined, you’ll likely have to pay a small fee between 0% and 2% of each reward for maintaining the pool infrastructure.

Q.Can you mine your own Bitcoin?

Yes, you can. The best way of doing so is by purchasing an ASIC miner and joining a mining pool. The best way to compete with large mining farms worldwide is to combine your computing power with fellow miners.

Q.How long does it take to mine a Bitcoin?

Every ten minutes, one Bitcoin block is verified, the reward of 6.25 BTC is received by the mining pool that found the block and divided among the miners.

How long it takes to earn one BTC will depend on your hash rate. For example, a Bitcoin miner with five ASIC miners producing 550 Th/s will mine 1.15 BTC per year on the current mining difficulty.

Q.Can you mine Bitcoins with a normal computer?

Unfortunately, you can’t mine Bitcoin directly with normal hardware anymore. However, you can mine altcoins and get paid for them in BTC. If you’re interested in how to mine Bitcoin, read our article to find out more about ASIC miners and how joining a mining pool can help you get rewarded more often.

Q.How much does it cost to mine 1 Bitcoin?

The cost of mining 1 BTC depends on the power cost in your area. A single ASIC miner with a computing power of 110 Th/s needs about 3,250 W to operate. This, on average, amounts to 2,340 kWh per month.