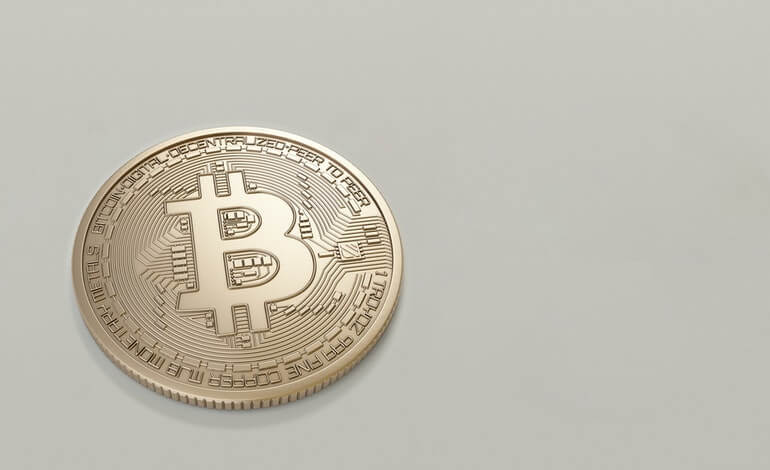 Most of us have heard of Bitcoin by now, as it’s been around since 2009. In fact, you would probably have to live at the farthest reaches of the Earth, with no internet access, in order not to hear of it.

However, with all the talk about this cryptocurrency, not many people know how Bitcoin works, and that defeats the whole purpose of it. How is anyone supposed to trust something they don’t understand? In this article, we’ll be fixing that. Here’s everything you need to know about Bitcoin.

Bitcoin is a type of cryptocurrency. This means it’s a digital currency – virtual money that doesn’t have any physical components. It is not represented by any physical item, but it performs all the functions of regular money.

You can buy or sell with BTC. Many businesses have yet to recognize Bitcoin or accept it as a means of transaction, while some others have readily embraced the digital currency.

What is Bitcoin Used For?

That’s easy to define. Bitcoin is basically money. There are, however, two primary differences: It’s not a physical legal tender like paper money or even gold, and it’s not globally accepted; at least not yet.

There are actually some physical bitcoins, but those are essentially just a novelty. Were it not for the private lines of code they held, they would be useless.

On the other hand, Bitcoin is not yet generally accepted because it’s not under government regulation and attempts to confine it have failed. Some are nervous about its unpredictability, and those fears stand in the way for the cryptocurrency to become globally accepted.

How Does Bitcoin Work?

Each Bitcoin unit you see is like a computer file. It’s stored in a digital wallet (much like you would keep notes in a physical wallet or purse) on a computer, tablet, or smartphone. You can send bitcoins or smaller units of Bitcoin to other people in peer-to-peer transactions or to another wallet you own.

Every transaction that takes place on the network is recorded in the blockchain. Blockchain technology works as a means to record transactions with Bitcoin on a public list. With the blockchain, you can trace the history of bitcoins. This way, people cannot spend coins they never owned. The Bitcoin network is safe from fraudulent activities or counterfeits because nobody can make their own copies of bitcoins or reverse transactions after products or services have been paid for.

How Do People Get Bitcoins?

The supply of bitcoins is limited. The total number that can ever be mined is about 21 million bitcoins. So how do people get bitcoins? There are three ways:

How Are New Bitcoins Created?

Transactions need to be processed and confirmed for the system to work. Hence, people known as Bitcoin miners use their computers to process every Bitcoin transaction by solving complex mathematical problems. This is essentially how Bitcoin cryptocurrency is mined. When these transactions have been processed and confirmed by the computers, the miners get rewarded for their work with new bitcoins.

It used to be comparatively easy to get bitcoins from the activity in the past. However, in recent times, it’s become more challenging to solve these equations; to avoid having too many new bitcoins created. It could take a miner years to get a new bitcoin and cost an enormous amount of money. In fact, most miners today are industrial miners.

Also, the rewards for Bitcoin mining have been reduced. This is referred to as halving.

What Is Bitcoin Halving?

When the reward for mining is reduced or cut down in half, we refer to this as BTC halving. Not only is the mining reward halved, but also the inflation rate and the rate at which new bitcoins come into circulation in the network. All of these ensure there is never an oversaturation of Bitcoin in the market.

Bitcoin halving occurs every time 210,000 blocks have been mined or roughly every four years. Blocks are basically compiled records of transactions. At the start in 2009, the mining reward was 50 bitcoins. The first halving cut it to 25, then 12.5, and, as of May 2020, it stands at 6.25, expected to continue till 2140.

What Is a Bitcoin Hash?

There was a point when the Bitcoin network reached 10 TH/second. This translates to ten trillion calculations capable of being made on the network per second. The current hash rate stands at approximately 180.11 EH/s. One exahash is equal to 1 quintillion hashes.

What Is a Bitcoin Wallet?

Where would you store digital currency? In a digital wallet, of course. A Bitcoin wallet is a software program where you can store bitcoins that you either buy, receive from others as a gift or as payment for services rendered, or receive as rewards for mining.

Technically, bitcoins aren’t stored in any location. It’s the same with regular money. The actual currency does not stay on your bank account; it’s only disbursed to you according to your balance when needed. Everyone who possesses Bitcoin in a wallet has a private key  and public key authorizing Bitcoin transactions.

There are four types of Bitcoin wallets.

These are wallets that are installed on personal computers. They allow the sending and receipt of Bitcoin and let the user store a private key. Examples include Bitcoin Core, MultiBit, Armory, Hive OS X, and Electrum.

These work the same way desktop wallets do, only they are made for smartphones, so they are either Android or iOS compatible. Some malware can pose as mobile wallets, so you should be careful when choosing one.

These facilitate access to bitcoins from anywhere, on any browser or mobile device.

These wallets are quite different from others. Understanding Bitcoin wallets that operate with the hardware design boils down to realizing these are wallets physically storing Bitcoin on the equipment you can plug into a desktop computer. They are the most secure, impervious to viruses, and have had very few instances of theft. Unsurprisingly, unlike other types of wallets, they are not free: They cost anywhere from $100 to $200.

Unlike regular money, Bitcoin is very difficult to counterfeit. This is because every transaction is recorded on the distributed ledger. So, in this sense, Bitcoin is secure. However, you could lose your bitcoins by losing your keys or having someone steal them from web wallets.

The Value of Bitcoin Explained

Is Bitcoin valuable? The truth is, anything can be valuable; it just depends on the economic community’s response to it. In the same way that paper money has value because people “believe” in it, Bitcoin is valuable because of the public’s reaction to it. People are willing to use Bitcoin as a means of financial exchange, and that’s where the value comes from.

Bitcoin simply follows the law of supply and demand. High demand equals a rise in value and price. Investors with Bitcoin will then make a gain on the price they bought at. The basics of Bitcoin valuation are not very different from the laws that govern commodities.

Q.Can Bitcoin be converted to cash?

Yes, you can convert Bitcoin into any currency in the world. There are various channels for Bitcoin conversion such as selling Bitcoin on a crypto exchange, bank or Paypal transfers, Bitcoin ATMs (there were nearly 15,000 Bitcoin ATMs all over the world as of January 2021), Bitcoin debit cards (which function like regular debit cards), or peer-to-peer transactions.

Q.How long will it take to get 1 Bitcoin?

To answer this, we’d need to go over how Bitcoin works. Each time there is a transaction on the network, it needs to be confirmed, so it doesn’t get reversed. Each confirmation comes after 10 minutes for every transaction. That’s the same time it would take to mine 1 BTC. Despite the fact that it’s competitive, no matter the number of Bitcoin miners, it would still take those 10 minutes to mine 1 BTC. Sometimes though, this could be delayed to as much as one hour or even a day. It depends on factors like the type of equipment used, the competition, and computing power.