Home » Blog » Bitcoin Guide: The Biggest Cryptocurrency in a Nutshell

Bitcoin Guide: The Biggest Cryptocurrency in a Nutshell 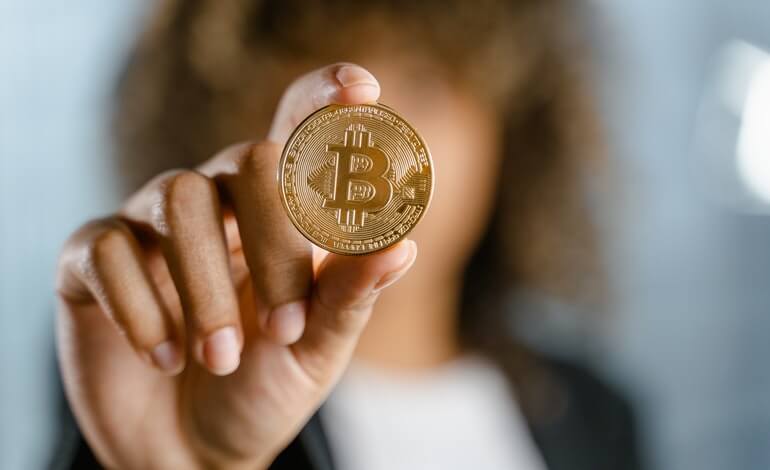 Cryptocurrencies, digital money, the currencies of the future. A high-tech but still down-to-earth alternative to the regular paper money. They represent a versatile, safe, and fast way to purchase or sell something online. And it all started with Bitcoin more than a decade ago.

Our Bitcoin guide is a good starting point if you are thinking of entering the exciting world of cryptocurrencies. With it, you’ll learn how it all began, how it works, what you can buy with your bitcoins and most importantly, how to obtain some coins.

The Origin of Bitcoin

Bitcoin’s beginnings have always been something of a mystery. It’s the first cryptocurrency ever made. It all started in 2008 when one programmer or a group of skilled coders under the pseudonym Satoshi Nakamoto invented both Bitcoin and blockchain technology. Who is Nakamoto? We may never learn, and many believe it’s more likely a group of people than one person. What we know is that Nakamoto, whoever they may be, currently holds more than a million bitcoins in their wallet. We’ll leave the conversion into dollars, euros, or pounds to you.

Bitcoin didn’t exactly spread like wildfire. For a long time, it was limited to a small group of enthusiasts who tried to popularize it in various ways. Gradually, the “currency of the future” became available to the public, with individuals starting to mine their own bitcoins, store them in electronic wallets, and engage in cryptocurrency trading akin to the stock market trading.

In 2010, the first Bitcoin transaction for a physical good was made. It was the famous pizza purchase: Programmer Laszlo Hanyecz ordered two Papa John’s pizzas and paid a whopping sum of 10,000 bitcoins for them. At the time, though, that was barely $10. Nowadays, those pizzas would be worth millions. Mister Hanyecz has been probably kicking himself ever since, unless he has managed to mine even more bitcoins in the meantime.

Bitcoin could be described as a purely digital currency. There are no physical bitcoins you could hold in your hand. It’s also decentralized, meaning that there’s no central monitoring entity that stores all the data. Instead, the data on transactions is stored in multiple locations. No country or government controls this currency. Its value is determined solely by the market forces. Bitcoin’s value has been growing since its creation and continues to grow today, as more and more people adopt it as a means of payment.

How To Use Bitcoin

The whole system is based on cryptography, hence the word “crypto” in “cryptocurrency.” Every transaction is encrypted into long strings of numbers. Then, the information about transactions is stored in a public ledger called a blockchain. While the users’ identity is hidden, everyone on the blockchain can pinpoint every transaction and see how the coins have traveled between users. One important thing to note is that the blockchain is read-only, so once the information is added to it, it permanently stays there.

Now that we’ve answered this common question – “What is a blockchain?” – let’s talk a bit more about security. Blockchain isn’t located on a remote server. Instead, every user connected to the blockchain holds a full or partial copy of it, ensuring that the ledger is always up to date and providing instant backups for everybody else on the network. Also, every block of data that enters the queue needs to be verified by the network before it can be added to the blockchain. This is, in short, what mining is, but we’ll talk about it in more detail later in our Bitcoin guide.

One of the most significant advantages of Bitcoin over fiat currencies is that it doesn’t require an intermediary for transactions. Users can send coins to one another directly, as long as they know the other party’s wallet address. Since no outsider can mint additional coins, affect the transactions, or meddle with the global balance, Bitcoin has proved to be a much safer option for online transactions than traditional methods.

How To Get Bitcoins

With the technical and historical bits covered, there’s one more essential question left to answer in our Bitcoin beginner’s guide: How does one get a hold of these coins? We’ve already determined that Bitcoin is an entirely digital currency, with no physical representation, no bills, or actual coins. There are three main methods of acquiring it.

The simplest way to get started with any crypto, including Bitcoin, is to get someone to send some coins into your wallet. Simple as that. Creating a wallet is free, and once you do it, you can set Bitcoin as a payment method for any goods and services you provide. Just like those pizzas we’ve mentioned earlier in our guide to Bitcoin, pretty much anything can be sold for Bitcoin now. Cafes and fast-food restaurants across the world have started accepting it as a payment method, with many online and internet-powered services embracing the fully digital currency. It’s more popular for online shopping, which makes sense considering its nature.

Not an entrepreneur at heart? Technically, you can still slowly but steadily earn some bitcoins from the comfort of your home. And you really won’t need to do anything, except turn on your computer. Instead of taking the route of crypto trading, you can mine some coins yourself.

The way mining works is that each computer is sent a piece of encrypted code which the computer tries to decrypt and report back to the blockchain once it’s successful. The code in question is actually the incoming blockchain transactions, so all these mining rigs act as a backbone for the whole network, maintaining and updating the Bitcoin blockchain as they solve these complex mathematical problems. A single bitcoin is mined every 10 minutes, representing an update of blockchain, while all the participating computers get a piece of it as a reward for all the hard work. We’ll talk more about it in our Bitcoin mining guide, so we’re just sticking to the basics in this section.

You’ll need a pretty beefy computer for mining, though, and a lot of electricity. As time passes, all the mathematical operations involved in mining a single coin become progressively complex, and the rewards diminish. Considering Bitcoin has been around the longest of all the cryptocurrencies and how lucrative it is now, the competition among miners is fierce. Some miners build whole rigs with multitudes of graphics cards, all running 24/7. Mining does look easy, but for many, it may prove to be a too large initial investment.

Buying on an Exchange

In this section, we’ll explain how to buy Bitcoin directly using a fiat currency. This is how most people obtain their Bitcoin. To exchange your fiat money for Bitcoin, you need to visit an online cryptocurrency exchange. These websites operate like any other physical exchange office. They have a particular stock of various cryptocurrencies, with listed prices for selling and buying, sometimes taking a small commission for each transaction. You pick a cryptocurrency you’d like to buy, then select your payment method and currency, and initiate the transaction. That’s pretty much the shortest Bitcoin exchange guide possible.

Today, there are many competing cryptocurrency exchanges, each with its own pros and cons. Websites like Coinbase, Binance, and CEX are some of the most well-known, and therefore safest places where you can trade your bitcoins. Many of them offer their own wallet apps, so they’re very beginner-friendly. However, trading fees are almost impossible to avoid. Check each exchange’s rates and fees before initiating any transactions.

Q.Can you lose all your money in Bitcoin?

Bitcoins, as we’ve explained in our Bitcoin guide, are stored in a wallet. Like any other wallet, it can be lost, damaged, or stolen. Even though it’s way more secure to hold a cryptocurrency than traditional paper money, you can still lose it. For example, if you forget the password to your wallet, the bitcoins it holds will stay locked away forever. In fact, billions worth of Bitcoin have already been locked by people who forgot their key.

It’s difficult to say, and it depends on the level of risk you’re willing to take. As we’ve explained in our beginner’s guide to Bitcoin, all cryptocurrencies are driven by market forces and are extremely volatile. They always have been unpredictable and are likely to stay like that for a while. People sometimes panic-sell their bitcoins, leading to significant drops in value. Global, real-life events also cause stirring in the world of cryptocurrencies, like we’ve seen at the start of the COVID-19 pandemic. But, year on year, the value of Bitcoin continues to grow at an impressive rate, attracting more and more investors.

Yes, you can invest as little as $100 in Bitcoin following our Bitcoin buying guide. The smallest amount of Bitcoin you can purchase is a 100-millionth part of it, also called satoshi, currently valued at just $0.0006. Of course, like with any other investment, it’s recommended to keep an eye on the market trends and invest only the amount you’re comfortable with potentially losing.

Q.How long does it take to get 1 Bitcoin?

Even today, a Bitcoin is mined every 10 minutes. That is, by the whole network. Exactly how much time you’ll need to mine one bitcoin depends on your hardware. As mentioned earlier in this Bitcoin guide, the total hash rate of a mining rig affects the time each user needs for mining a coin and, therefore, the reward they’ll get per bitcoin mined.